All dressed up for a momentous occasion, the family and friends of Mr. Marcial T. Parma, Jr.+, MA 1971, MBA 1982, gathered together on 16 May 2014, Friday afternoon, at the Ateneo de Manila High School Library to celebrate the establishment of a fund  in memoriam by the Natimars Foundation Inc. Mr. Parma’s wife, children, grandchildren, and sister, were welcomed with bright smiles and reverence by representatives of the Ateneo de Manila University led by Fr. Anthony C. Pabayo, SJ, Vice President for Basic Education, and retired colleagues of Mr. Parma. 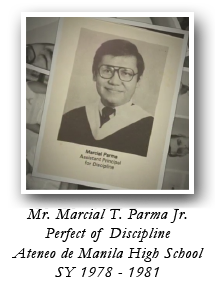 Mr. Parma was a dedicated and inspiring teacher at the Ateneo de Manila High School from 1964 to1983. Somewhere in between his teaching career, he was appointed to take on the role of Prefect of Discipline (1978-1981). “Mars”, as Mr. Parma is fondly  called by his colleagues, came to a realization later on that teaching was his true vocation, and not just a profession on its own. To be the best at what he could do and excel in his chosen field was a product of his passion for excellence. He spent long hours studying, without compromising his family’s needs and comfort. 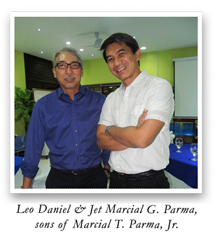 This is what his son, Jet Parma (HS ’80, Col ’84) observed of his father. In his message during the establishment of the fund, Jet stated “I fondly recall those many early mornings when I could hear my father typing wildly away to finish an exam or to add another page to a book he was working on. Although he was not fortunate enough to have the means to pursue his further education, he, nevertheless, finished his advanced studies through a foreign scholarship and fund assistance from what, I would guess,was a faculty development program from the Ateneo at that time.” It was very clear to Mr. Marcial Parma that pressures from life were never a hindrance to his commitment to excellence, to his profession, to the university and his devotion to his family. This is seen in his work for the textbooks that he wrote, and by accepting numerous advisory and corporate training programs. 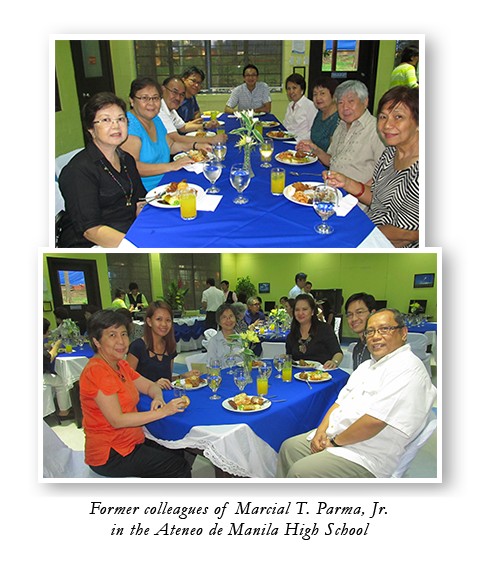 Jet further stated, “The Ateneo’s mission to provide the best education to its students can only be realized if the members of its faculty are given sufficient opportunities to become exceptional teachers and ‘formators.’ This pursuit of excellence requires collaborative effort and commitment from the leadership of the university. This is essential to the development of a committed, dedicated and effective group of teachers.”And through this statement, the sentiments of the gathering was introduced.

Jet capped off by expressing his heartfelt gratitude to all who came to honor and show appreciation in the name of their father whose life was dedicated to teaching.

The Marcial T. Parma, Jr. Faculty Development Fund for Basic Education is established to support the Ateneo’s faculty development program in pursuit of its mission of excellence in education. Members of the faculty of the Basic Education unit which includes the Grade School, Junior High School and High School will benefit starting school year 2015-2016. The coverage of the Parma Fund includes scholarship for graduate studies such as a Master of Arts Degree or a doctorate degree, faculty seminars and workshops or other similar group activity to benefit the most number of faculty members in the Ateneo de Manila Basic Education.

The Fund shall be utilized as much as possible for programs that will develop faculty whether singly or in groups. The Fund has the potential to support other academic pursuits including scholarly work, research, and production of modules and instructional materials by faculty members in the Ateneo de Manila Basic Education. The Ateneo de Manila welcomes the Parma Fund as the first endowment for faculty development in the Basic Education unit of the University.

The Parma Endowed Fund for Faculty Development in the Basic Education 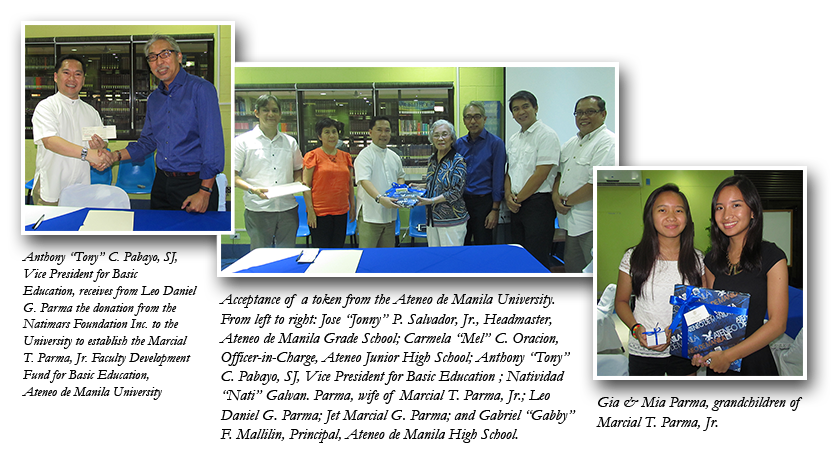 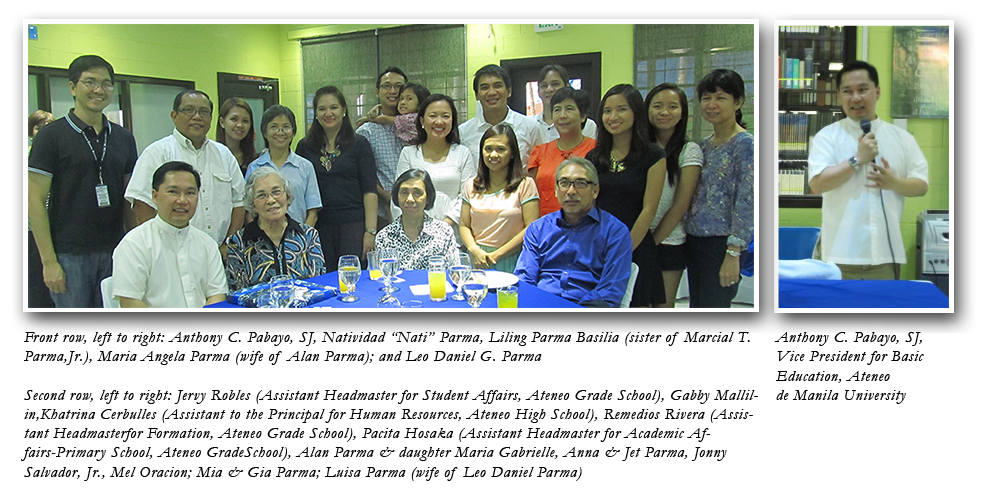